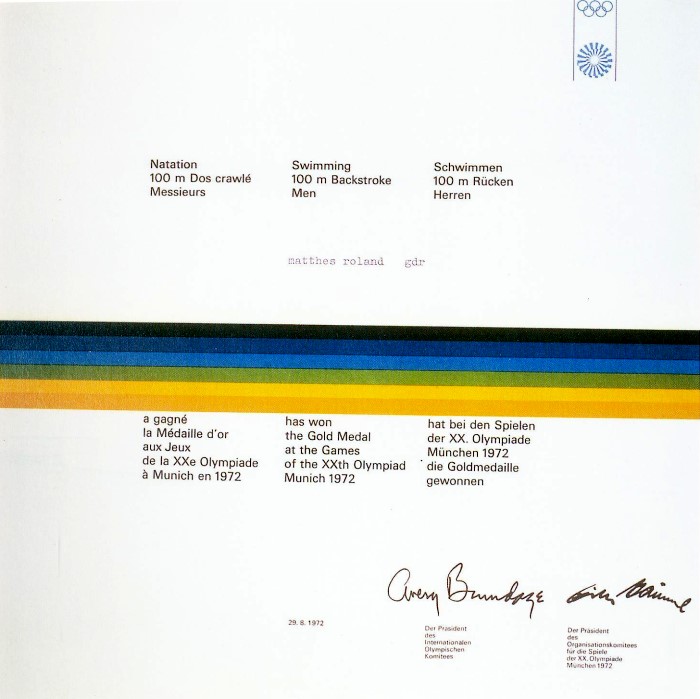 A few hours after the competition, the winners of the first six places received their certificates in the Olympic Village.

The OC gave the prescribed souvenir certificates and medals to all accredited team members, international referees, jury members and NOC members while they were still in Munich, a total of some 15,000 people. Both types of certificates were decorated with eye-catching rainbow colors.