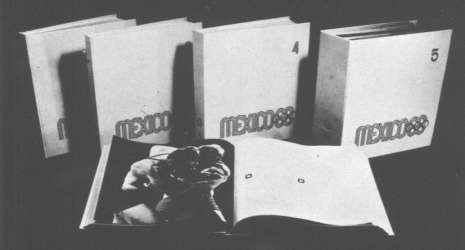 The five "Mexico 68" commemorative volumes constitute the official report of the Organizing Committee of the Games of the XIX Olympiad. Conceived within the context of the Cultural Program's Projection of the Games, these volumes offer not only a statistical summary of the competition but also a graphic record of Mexico's preparations and of the sports and cultural events as they took place. Unlike many previous Olympic reports, they are designed to be of interest to the largest possible public, thus serving to advance the spirit of the Olympic movement on a broad front.


Their production involved the efforts of nearly 200 employees of the Department of Publications and many others associated with other sections of the Organizing Committee. The graphic content (over 4,000 photographs, 1,000 in color) was selected from nearly 400,000 negatives taken by more than 100 photographers. Results of the sports competitions have been carefully revised and constitute the definitive record of the Games of the XIX Olympiad.

Technical material of possible interest to specialists and the organizers of future Olympic programs is available in a Spanish textual supplement of nearly 250 pages containing the detailed reports of the various dependencies of the Organizing Committee and other organizations that collaborated in the realization of the Games. The report is further complemented by the many publications produced by the Organizing Committee before, during and after the Olympic period. 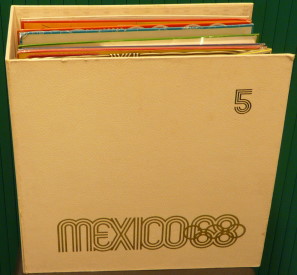